Home Improving the World The Politics of Being a Psychic

The Politics of Being a Psychic

It’s no surprise that many, if not most, psychics (like most in the creative arts) lean a bit more liberal than conservative. I’m going so far as to say we tend to lean more apolitical unless we see human and social rights blatantly violated. I’ve had to take a step back from the news over the past year because the current political climate, and intense media scrutiny and opinion, are contributing to the emotional and spiritual illness sweeping across the globe.

Please keep in mind, I’m not speaking for all, or even most, psychics. I’m speaking from my own experience. By seeing beyond the veil of this earthly plane, seeing the connection of each and every living thing with each other and The Divine, it’s difficult to be anything but just, fair, and ethical. Knowing the repercussions of imbalance, injustice, and disdain for other life, I have no choice but to look out for the weak, bullied, and downtrodden.

History abounds with the most spiritual and saintly assisting those less fortunate and fighting against social injustice. Those who would dismiss and/or justify laws and behavior which harm people, or other life on this planet, are not true spiritual workers and light bearers of God. Anyone who uses their religious history, text, and dogma to cause the suffering of another (physical, mental, or spiritual) is not a true spiritual worker or bearer of the Light. Anyone who ignores the suffering of another person, or species, is not one who understands the interconnectedness of all things.

So, we psychics and spiritual workers tend to buck against societies and governments which create harmful environments for life. It is why totalitarian and fascist governments tend to crack down on spiritual leaders as the state fights for power over the people. History abounds with stories of martyrs from all walks of life; those arrested or murdered because their governments feared they couldn’t control the people if their minds and spirits were still open to love and equality for all under a united understanding.

If they weren’t trying to eradicate religion, historical dictators and monarchs, would buy religious leaders to spew an untrue version of “Godliness” in their quest for power and money.

In this vein, religious leaders, must remember to follow the core idea of the Universe, LOVE. If your religion is not founded upon love, without compassion, understanding, and empathy, it is just politics of faith with its own laws and dogma designed to help the few and not the WHOLE.

While laws are supposed to be instituted for the good of all, there are some laws which are so morally corrupt they should not be followed by the people or enforced by the government. In enforcing unjust laws, a government puts the eternal spiritual wellness of the society at risk, and being a mouthpiece for ignorance (unenlightened chatter) makes one complicit in evil (being in the darkness, removed from LOVE).

Furthermore, as a psychic who has conversed with ethereal beings and the ineffable image of All That Is, I must not turn away from the pain and suffering of others. If I see injustices being committed, and I do not work to obtain justice and balance for them (and the world I share with them), then I am denying my understanding of my connection to God and the Universe.

Summation: as a seer of intercosmic unification, I cannot indulge politics of man or religion, but I am compelled to speak up when I see those politics injuring myself or other lives. Laws are supposed to be in place to help all. The moment they hurt others, they should be voided by the populace and replaced with empathy and assistance. It is only by recognizing our soul-level affiliation with every living being that we will truly bear witness to a nation under God.

Any cookies that may not be particularly necessary for the website to function and is used specifically to collect user personal data via analytics, ads, other embedded contents are termed as non-necessary cookies. It is mandatory to procure user consent prior to running these cookies on your website. 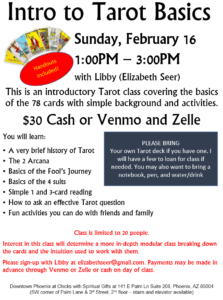