Karma is not fate because humans have free will thus creating their own destiny. Karma is also not punishment or retribution for one’s deeds. Karma is the expression, or consequence, of natural acts; thus, “good karma” and “bad karma” are simply energy returning to the host.

Many belief systems, including the Hindu Brahmin, believe that karma is part of the cycle of reincarnation, and it accumulates over several lifetimes until the life form realizes it is the wheel of karma instead of turning upon the wheel of karma. Once one realizes the identity with God, immortality is achieved.

In Buddhism the law of karma is:

‘for every event that occurs, there will follow another event whose existence was caused by the first, and this second event will be pleasant or unpleasant according as its cause was skillful or unskillful.’

“Skillful” events are not accompanied by craving, resistance or delusions; whereas, “unskillful” events are wrought through what could be considered “original sin” – unnatural or overwhelming desires or even sloth/laziness (what I call being on auto-pilot).

Newton’s third law of motion is probably the most famous: ‘To every action there is always an equal and opposite reaction…’

A more direct translation of the law is as follows:

LAW III: To every action there is always opposed an equal reaction: or the mutual actions of two bodies upon each other are always equal, and directed to contrary parts. — Whatever draws or presses another is as much drawn or pressed by that other. If you press a stone with your finger, the finger is also pressed by the stone. 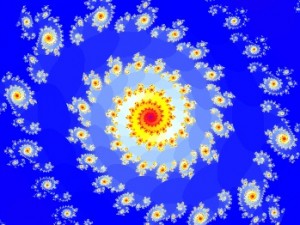 Just as we are able to tie Newton’s Universal Law of Gravitation with the science of astrology, his laws of motion are quite easily seen within the truth of karma. If I am putting something out into the world, something within the world is pushing back. We know that like energy attracts like; therefore, it only makes sense that one would want to put good things out into the world.

The New Testament in the Christian Bible tells us:

This is a classic lesson in karma. Why would you treat somebody in a manner that you wouldn’t want for yourself?

In the Tarot’s major arcana, Justice is the card of Libra. Libra is represented by the scales. The scales are balance, and understanding that Nature will always balance out in the end. Justice is absolutely karmic in its very nature. The word Justice means fairness, equitableness, the administering of just punishment or reward. I know many Libras who eventually learn hard-won lessons in karma.

Since we know karma is energy returned to us, then we must always be aware of the act of repentance. If a person regrets a deed, and then changes their conduct purely out of love (for the God within themselves and others), their misconduct can be spiritually erased. This kind of energy is like dousing a fire with life-saving water before it gets out of control. It requires an understanding that one must master their words and deeds to avoid hurting another. An abundance of good acts can heal a misdeed like a bandage covering a wound.

Just remember that the greater the misdeed, the more energy will be required in honorable action to heal the karmic conditions you have created. Why not just be a good person in the first place? It seems a lot easier in the end, energetically-speaking.