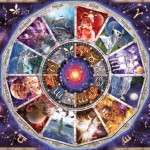 Astrology is a science. Or at least, it can be. When given the consideration of a respectable modern study, it can easily be viewed as fact or even universal law through the scientific method.  It is observable and measurable. Experiments, formulation, testing and modification is already a part of astrology.

The perspective of the sun, moon, planets and stars, is studied in the known science of Astronomy. The word astronomy means “star law” (Greek: astro is star, and –nomy means law). We know that there is a rhythm to planetary alignment – it is how our species calculates the passing of time.  At certain times of the year we can see different constellations and planets in the sky based on our own location on Earth (the reason that date, time AND place are important factors for a true astrological understanding of oneself).

So, when the Sun is in the constellation of Scorpio, there is gravitational energy in the universe that will be impressed upon those born October 23 to November 22 (give or take a day or so either way).   This universal energy creates obvious physical, mental and emotional similarities among those born during certain blocks of time.

As life separates from its creator, thus gaining its own consciousness (as when a child is born), there is a specific set of circumstances (energy) occurring within physical universe.  Therefore, it makes sense that those energy “impressions” at birth would have an effect on a person throughout their life.

If you’ve never had a natal chart completed, or looked beyond your sun sign, you may miss my point entirely. Any astrologer worth their ilk will tell you that ALL planets and stars in the universe make up who we are, and the ascendant (or rising sign) is just as important as the sun sign. The moon sign is important to our emotional tone. The location of Mercury at the time of our birth will affect how we communicate and even think. Venus in our chart will give us insight to our relationships. Mars is our passion, ambition, sex-drive, etc… Uranus, Neptune, Saturn and even the planet/not-a-planet Pluto are all of consequence to our entire make-up.

Some believe an ancient book of over-redacted text tells us astrology is evil and wrong.  Upon further reflection, many holy books allude to quite a bit of information about the sun, moon and stars. Look up (Google) “church astrology”, and check out the images. You will find a great number of synagogues, basilicas and places of worship with astrological symbolism built into stained glass windows, tile floors, masonry and painted ceilings.

Religion and faith don’t have much in common with science and fact. Try it for yourself. Pay attention to the signs and and time periods, and you just may find yourself believing in universal star law, too.