With the recent deaths of celebrities by their own hand, along with personal mediumship readings connecting with those who have done the same, I felt compelled to distribute what has been shared with me on the “spiritual consequences” of suicide. 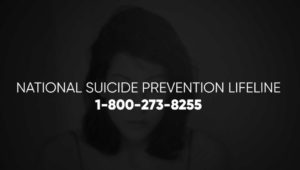 I had an inexplicably vivid dream (which felt like a visit) shortly after Heath Ledger passed many years ago. I’m not saying he sought me out to drop knowledge on me, but we all have access to the same information swirling around in the Collective Unconscious and beyond. We were walking through the concretescape of an old parking deck or warehouse, with bright white columns and walls. One of the starkest points in that dream was when he turned to me and said, “I was so weary.”

As I have progressed in my psychic/mediumship studies over the past few years, I’ve come to find a common thread in the energetic tapestry of souls who have passed by suicide: they were incredibly tired by the time they committed the act which ended their life in this physical world. They were also caught in a loop of behavior (often stalled in grief), and they didn’t know how to move beyond the quasi-nihilistic thoughts and feelings of, “What’s the point?”.  Not every depressed person may feel this exact same way, but the reason for taking one’s own life is in the word used to describe them – DEPRESSION. Their grief could have been brought on by losing a person, relationship, situation, or even a habit or belief system. Sadly, in much of Western culture, we are not taught to properly grieve, and things like death, change, and transition can cause one to lose their way in this world. 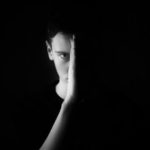 When I connect with those whose actions brought about their own deaths, they most often present themselves to me in a half-light. It’s as if they’re in a doorway, and only half in the light/other half in darkness This should not be construed as these loved ones being stuck in some sort of purgatory or eternal darkness. For some reason, it’s simply become my personal symbol for knowing they contributed to their death through their own actions.

(The following section has some channeled information which has come through from my guides and those who have crossed over.)

Those who took a very active part in ending their physical life are not thrown into hell for all eternity. This is an idea created and propagated by religious leaders seeking to keep power over the populace.  In fact, the departed soul is immediately surrounded in healing and light. Healing may take a short time (maybe what we consider weeks; though time/space, as we know it, does not exist in the Aether), or it could take what we understand as a year or more. Healing takes place in what is sometimes seen as a “cocoon state”. They are surrounded in love and light which helps the departed soul regain energy and lightness of being. They may be surrounded by passed loved ones, angels, or other ethereal beings. They will likely be in that particular space/time for a while as they become re-energized and whole again after their emotional/spirit-depleting life.

Those who took a very active part in ending their physical life are not thrown into hell for all eternity. This is an idea created and propagated by religious leaders seeking to keep power over the populace.

One of the most moving accounts I have encountered is of a woman who took her own life, lost in the grief of losing her young child. That child (shown to me as a perfect, untainted ball of “PURE LIGHT”, radiating God’s Love) was attached to her mother, surrounding (cocooning) her with LOVE. I could see the energy of God, All That Is, The Universe, Elohim… The Light/child was pouring pure energy into and all around her mother’s essense, raising her vibration and healing. Seeing those children (passed young, miscarried, or aborted), is still one of the most moving experiences I have when working with the departed, matched only with being taken to the death of a person, and experiencing their moving toward the most breathtaking light and the outstretched arms of their passed loved ones waiting for them.

We, in our human form, can send love and light energy to the departed who need healing  (sorry if this sounds a bit “new agey” – I’m trying to come up with terms that don’t sound like a hippie cliché). If we continue to view the soul as tortured, we are not helping in it’s healing. If we see that soul through the lens of love and healing, surrounded in the light of “All That Is”, we can help with the process.

I have a friend who was band mates and good friends with a rock star who committed suicide. The (living) friend told me he didn’t wish to receive messages coming through from his departed family and loved ones. He said he wasn’t ready. The departed soul actually healed quite quickly because he was so beloved the world over. Upon news of his death, he received an outpouring of energy from across the globe (prayers); thus, his healing process on the other side was what we could consider quicker than most.

What about ending your life because of a terminal illness?

Euthanasia, and the agreement of your passing with all others present in your life, is almost the opposite of what could be considered the “violence of suicide” (the taking of one’s life without consulting those who love and care for them). Euthanasia is often a “beautiful” death, one where the dying and their loved ones are open and accepting of the transition. Suicide, without consultation, is not considered a sin or even abhorrent in the grand scheme of the Universe. However, if a person ends their life without consultation (with their Higher self and their earthly loved ones), they will still have to complete “the work”, the “lesson” they became ensouled to learn in the physical realm. They may simply not be able to complete that work in earthly form. Again, this is not a bad thing which will cast one into the hell of religions, but the hell of the spirit as it heals and moves through the grief which brought them to suicide. Then they receive a different type of healing which must take place as they deal with reviewing their life and the grief their passing caused others. It’s a much longer process (physical space/time terms) than the acclimation to a non-linear way of being for those who pass with a “more natural” death.

In a nutshell, life beyond this incarnation exists for us all; however, our experience in the immediate afterlife will vary based on our ability to come to terms with what just occurred in our physical life. If you were a good person, always thought of others, you will be reminded of that in the afterlife. If you didn’t think of others, if all of your acts were for self-gain, if you hurt others, you will be reminded me of that in the afterlife. You will judge yourself through your newfound understanding of what your words and actions did to others during the lifetime. If your actions caused a great deal of pain to those around you (including in your decision to end your life), your “hell” is being stuck in the thoughts and emotions of the “human dilemma”. You must learn to let go of the grief in change, and forgive yourself before you are fully realigned with energy of the Universe.

Love your loved ones while you can. Look out for them. Ask them, and ask again, if they are OK, especially when your gut tells you they are not. Let them know they are loved. Help as those in your orbit go through their transitions. Let them know you are a beacon of light. We must teach each other the proper way to grieve and let go of the those thoughts and feelings which wear down our energy centers. We must learn to allow the waves of emotions and pain of loss to wash over us without pulling us under. And then we must find a way to accept that LIFE is MOVEMENT, in flux, and always changing. Only with that understanding, and the gratitude for the adventure, can we get back to the experience that is this life.

As I sat down to write this piece, “Lust for LIfe” popped up on my Spotify mix, and a friend of mine posted to social media this picture of Anthony Bourdain with Iggy Pop. These are two people whose work I follow and whose searingly-lived lives I respect a great deal. I know Anthony will heal well, with love, in time.

If you or someone you know is considering suicide, please contact the National Suicide Prevention Lifeline at 1-800-273-TALK (8255), text “help” to the Crisis Text Line at 741-741 or go to suicidepreventionlifeline.org.